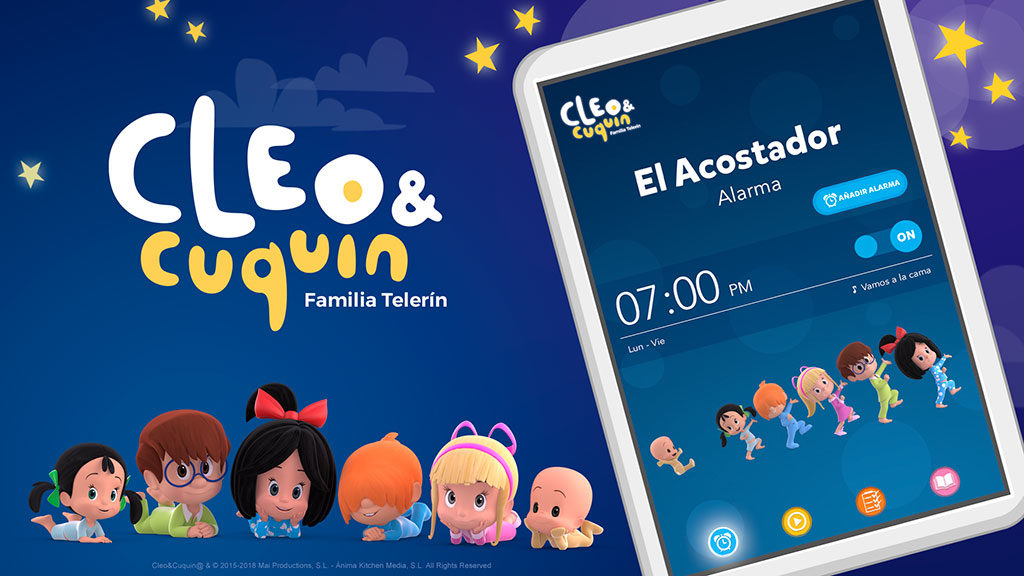 It’s bedtime! Cleo, Cuquin and the rest of the Telerin siblings announce their new App: The Bedder

Who doesn’t remember Telerin Family? The clip with the song “Let’s go to bed” that was transmitted through the 60’s, 70’s and 80’s in Spain and Latin America that announced bedtime to all kids. It was not just an “alarm” but it helped the parents with the difficult daily task.

Returning to this good practice is the reason The Bedder App was designed for, helping again all parents to make bedtime simple and funny while promoting healthy rest habits to their children.

The parents should program an alarm, select the date, hour and tone. With songs and funny videos the kids will end up their daily tasks before going to bed like putting on their pj’s, wash their teeth and faces. Before sleep, the parents can read the different tales that are available in the App with original and inspiring stories that will help their children not just to sleep but to dream.

The Bedder is a free App, with no ads and no internet connection needed, Android and iOs-based available in all territories. Sing and rest with the Telerin Family!

Nowadays, the successful “Cleo&Cuquin” broadcast TV series has reached #1 ranking in Mexico and is among the first places in preschool ratings in Spain and other countries of Latin America. It also has 3 official YouTube channels (Spanish, English and Portuguese) in which the Spanish version owns +3.7M subscribers.