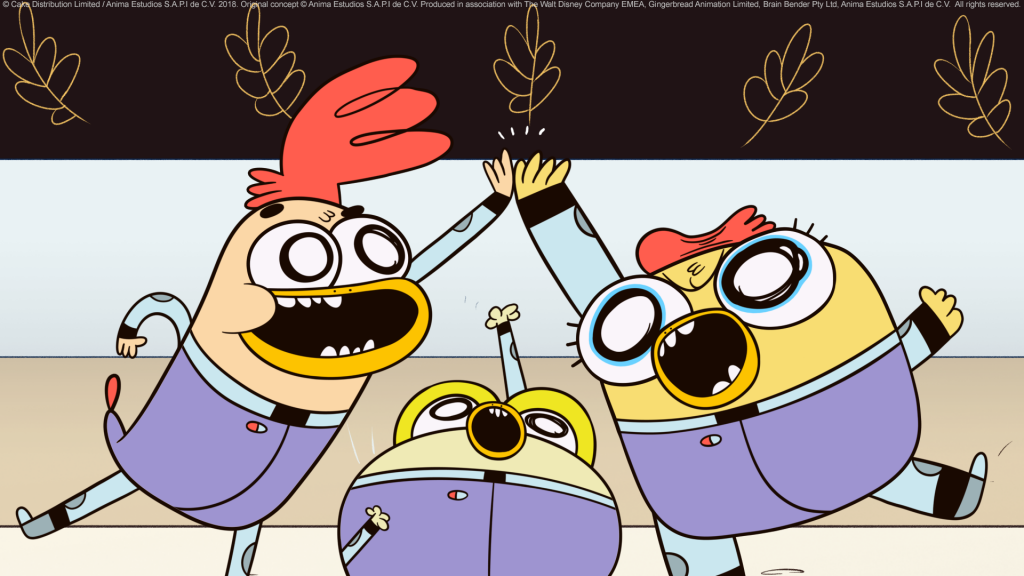 The 52 x 11 minute surreal comedy animated series aimed at 6-11 years olds will air on Disney in the UK and across territories throughout Europe, Middle East and Africa on 19 November at 4:30pm GMT excluding Israel, which will broadcast at a later date to be announced. The series debuted in Australia on Channel 9 last month.

“Space Chickens in Space” tells the story of a trio of chickens, Finley, Chuck and Starley, who are mistakenly taken from their homes and enrolled in an elite intergalactic former military academy. The three chicken siblings will need all their wits and each other to survive in this extraordinary world full of aliens and tricky homework challenges.