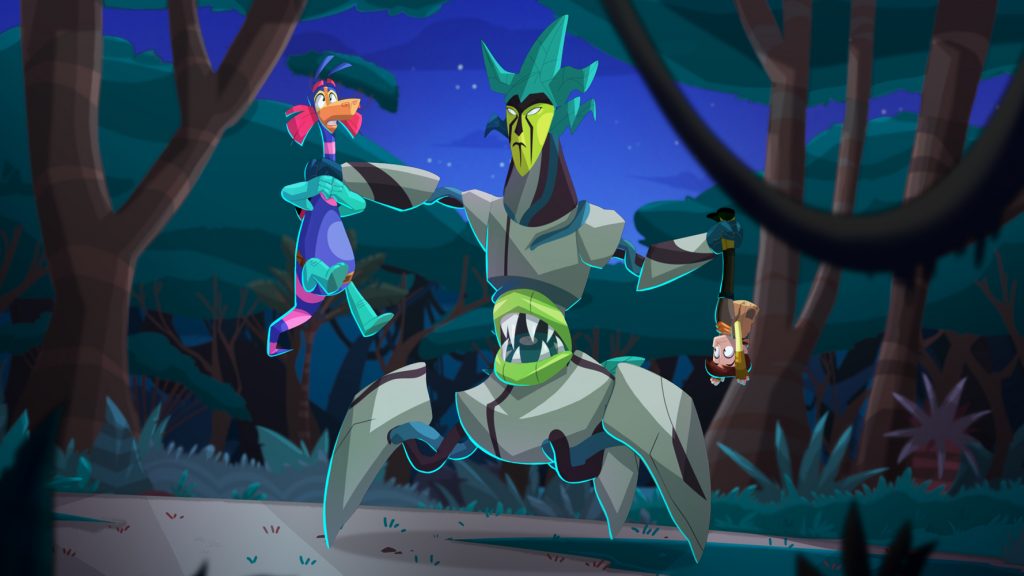 “LEGEND QUEST: MASTERS OF MYTH” ONLY ON NETFLIX

Battling monsters of myths and legends and saving the world? No problem. Getting along as a team? Big problem. Your favorite overly-confident heroes are back in “Legend Quest: Masters of Myth”.

Mexico City, Mexico. April 22nd 2019. Mexican animation studio “Ánima” is pleased to confirm the Netflix news scoop heard by attendees of the recent Guadalajara International Film Festival: the heroes from the Leyendas film and tv saga are back in “Legend Quest: Masters of Myth” a Netflix Original Series.

This thirteen-episode new season, produced by Fernando De Fuentes S., José C. García de Letona and Jim Krieg, will launch exclusively on Netflix worldwide in 2019. With crazier monsters to battle, a secret society of evil to undermine and a new globetrotting mission, our heroes are out to once again save the day, without — hopefully — destroying the world.

“We’ve had a blast bringing these quirky characters to life in a whole new round of amped up adventures. They’re unique and yet very Latin and always appeal to the global market,” says García de Letona. De Fuentes adds, “It’s an honor to have Netflix as our partner on this continuing project. And, we’re all very proud of the audience these characters continue to attract.”

The new season was announced alongside Guillermo del Toro’s “Pinocchio” and Jorge Gutiérrez’s “Maya and the Three”.