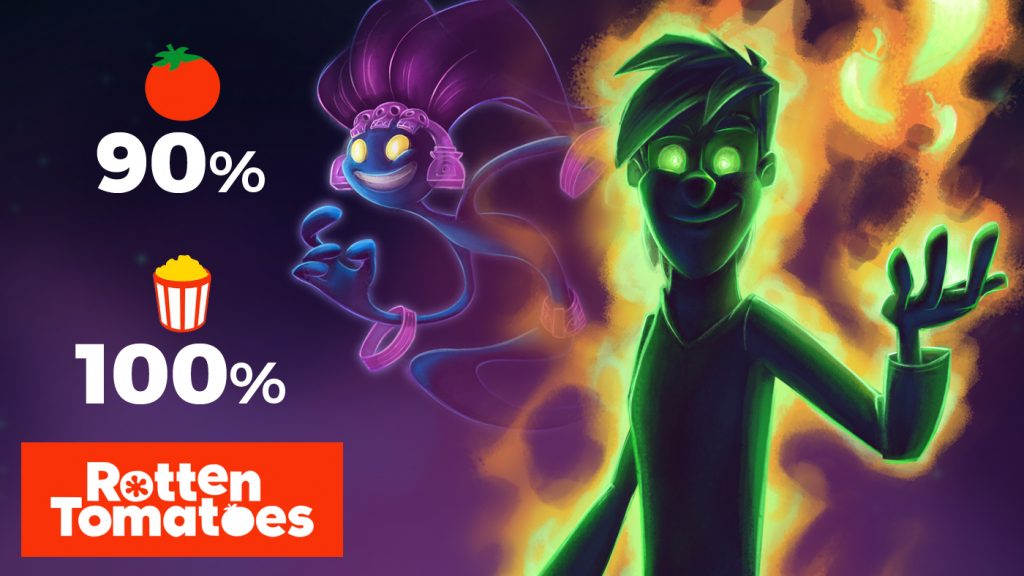 La Liga de los 5 debuted #1 on the list of VOD releases in the Spanish language site of Rotten Tomatoes “Tomatazos”, with a 90% score on the tomatometer and 100% on the audience score.

The Spanish version of Rotten Tomatoes (tomatazos.com), as the original, has assembled a team of curators whose job it is to read thousands of movie and TV reviews weekly. The team collects movie and TV reviews from Tomatometer-approved critics and publications every day, generating Tomatometer scores and it is in the VOD releases list where La Liga de los 5 debuted at the  very top with a 90% of the tomatometer followed by Guy Ritchie’s “The Gentlemen” and Pedro Almodovar’s “The Skin I Live In” with 81% each.

La Liga de los 5 which has an audience’s score of 100% is an animated family film that tells the story of Chema who tries to find the legendary League of 5 after his sister went missing. But who are these? The best superheroes that had ever existed in Mexico! Powerful, brave, reckless! Unfortunately, that was long ago and what’s left of these courageous superheroes is nothing but their fame which is not much. The clock is ticking and the League of 5 should dust themselves as quick as possible cause Tin Marin is back and he’s threatening to awake a bigger enemy.

Assembling a group of legendary warriors, guardians, impressive fighters and the power of a new generation this film presents the importance of family, friendship and force.

The feature film is distributed in LATAM by Videocine with Mariana Treviño voicing La Catrina, Regina Blandón as Dolores and Mario Iván Martínez as the evil Dr. Vampiro. It is directed by Marvick Núñez and produced by Fernando De Fuentes S. and José C. García de Letona.