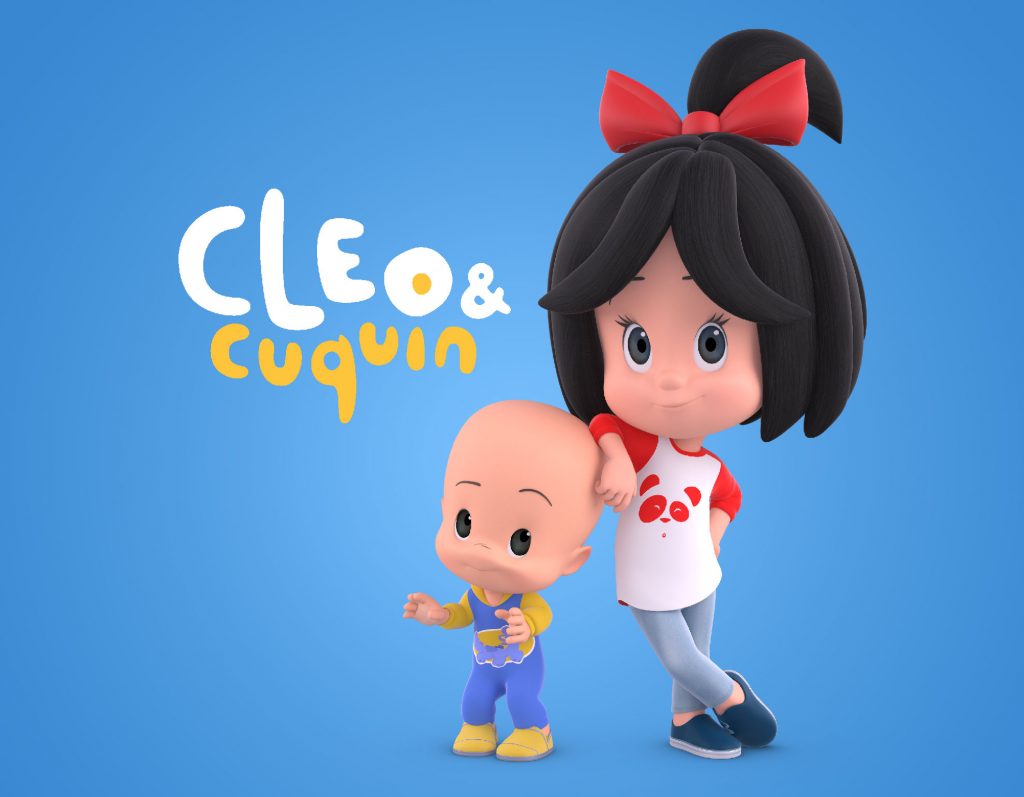 Familia Telerin crosses the 1.5 million subscriber mark on YouTube and shores up online strategy with a view to US roll-out

Familia Telerin’s YouTube channel, which has published just 17 music video clips to date, now has 1.57 million subscribers and has chalked up over 600 million views, spearheading the online strategy for the transmedia brand Cleo&Cuquin.

Producer Anima Kitchent is shoring up its digital strategy for the Cleo&Cuquin brand, which, in addition to specific YouTube content, also boasts a TV series set to air soon on kids’ channels worldwide, mobile apps and a website featuring materials like online games and downloadable painting and colouring drawings.

Cleo&Cuquin (52×7’) is targeted at pre-schoolers aged four to five and features the Telerin brothers and sisters, especially big sister Cleo and the baby of the family, Cuquin. Each episode sees the little kids tackle a big adventure as Cuquin’s mischief gets Cleo and her brothers and sisters into trouble, and they come up with solutions the only way kids know how: by playing! They pretend to be astronauts, gardeners, detectives, monsters or whatever they need to be to get the job done. Best of all, at the end of every episode, Cleo figures out what she wants to be when she grows up… at least for that day!

Familia Telerin was a brief cartoon aired by TVE in the late 60s. It proved hugely popular, as it featured a catchy song telling kids it was time to head for bed, helping parents with the tricky task of settling them down for the night. The clip aired for two decades in Spain and was also broadcast in Latin America, where it featured in TV programming for many years.

With a view to rekindling this success and a clear international approach, Televisa joined forces a year ago with Ánima Kitchent, Famosa, MAI and Selecta Visión to co-produce the new transmedia brand based on the Familia Telerin. Cleo&Cuquin has brand new scripts, updated characters and a meticulous design.