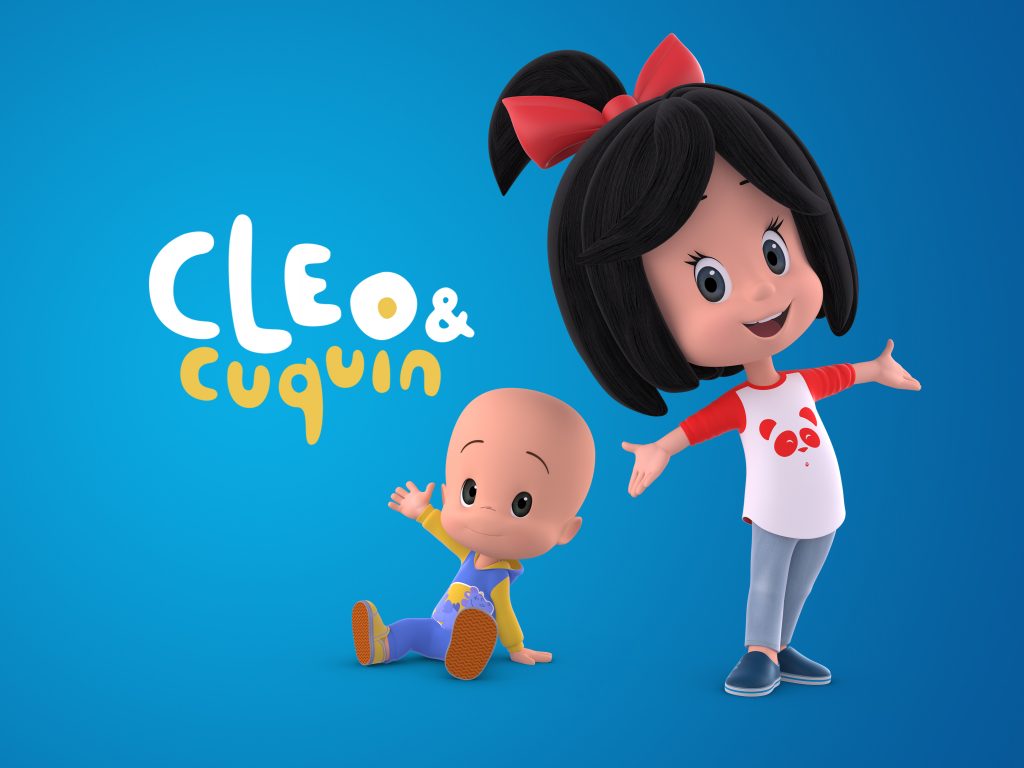 Latin America’s leading TV channel for preschoolers, Discovery Kids, has acquired the broadcasting rights to Cleo&Cuquin (52×7’), a TV series by Ánima Kitchent and Televisa based on the classic cartoon Familia Telerín. The show will hit the screens on Discovery Kids as of autumn 2017.

Cleo&Cuquin (52×7’) is targeted at preschoolers aged four to five and recounts the adventures of Cleo and Cuquin, the most famous of the Telerín kids. Each episode sees the little rascal Cuquin get himself into trouble, which his big sister Cleo will do her best to dig him out of, enlisting the help of Teté, Pelusín, Colitas and Maripí. Through play – a kid’s best strategy to tackle adversity – the little brothers and sisters go on big adventures as they pretend to be astronauts, scientists or pilots. At the end of their journeys, Cleo will have decided what she wants to be when she grows up… at least for that day!

The series is based on the Familia Telerín, a simple cartoon created in the late seventies by José Luis and Santiago Moro. In the show, Cleo, Cuquín and their brothers and sisters used to sing the song “Vamos a la cama” (“Time for bed”) to help parents convince their tireless little ones that it was time to head for bed. The song soon became a hit with a whole new fanbase in Latin America, and given its huge popularity it continues to air to this day.

Ánima Kitchent decided to team up with Televisa, MAI and Selecta Visión to make Familia Telerin a transmedia brand. The result was Cleo&Cuquin, with brand new scripts, updated characters and a meticulous design. The brand’s transmedia strategy is completed with apps like The Bedder, web content and music clips. These music videos have already racked up over 600 million views and over a million subscribers on YouTube in just eighteen months.

Toy maker Mattel, which recently announced that it had been awarded the worldwide Toy Master License for the brand, is set to launch a line of Cleo&Cuquin toys to hit the stores in time for Christmas 2017. Cleo&Cuquin’s international expansion will be underpinned by broadcasting agreements in a range of markets in the coming months.