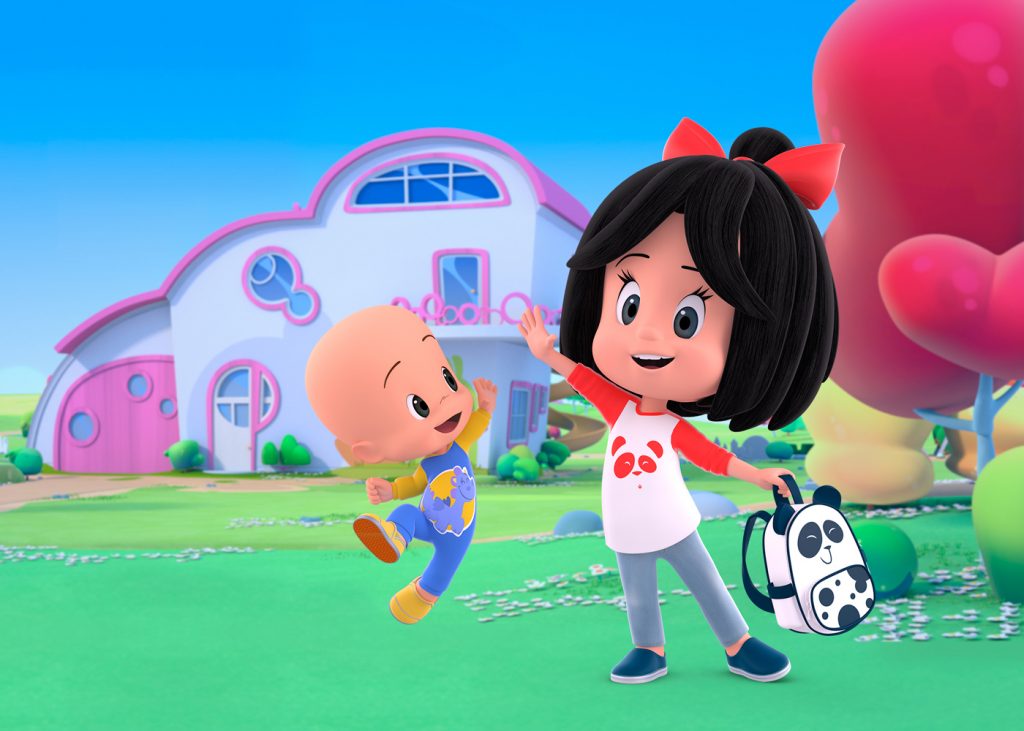 CLEO & CUQUIN PARTNERS WITH TOY PLUS FOR MASTER TOY LICENSE

Ánima and Toy Plus have reached an agreement to produce and market toy products for the series Cleo & Cuquin based on the classic Telerin Family.

Toy Plus’ first line will focus on plush, figurines and playsets for preschool children, it’s already hard at work on an upcoming toy line set to launch in late 2020.

Cleo & Cuquin (78×7’) is targeted at pre-schoolers aged four to six and features the Telerin brothers and sisters, especially big sister Cleo and the baby of the family, Cuquin. Every episode sees the little kids tackle a big adventure as Cuquin’s mischief gets Cleo and her brothers and sisters into trouble, and they come up with solutions the only way kids know how: by playing! They pretend to be astronauts, gardeners, detectives, monsters or whatever they need to be to get the job done. Best of all, at the end of every episode, Cleo figures out what she wants to be when she grows up… at least for that day!

Since its premiere in 2018, the first season (52×7′) has been met with great success by audiences in Mexico and Spain, and is also broadcast throughout Latin America and Brazil through DK, and in other territories such as Russia with Carousel, Canada with Treehouse, Portugal with Panda, Greece with Star, and new channels will be added in the coming months. As for VOD platforms, it is also available worldwide on Netflix. The second season of Cleo & Cuquin (26 x 7 ’) will be released in all these territories throughout the next year.

On YouTube Cleo & Cuquin has established itself as one of the fastest growing preschool channels, with more than 5 million subscribers, its Spanish channel being the most successful. It also has channels in English, Portuguese and Russian. New educational formats and a Cuquin spin-off have been added to the initial content based on nursery rhymes. In addition Cleo & Cuquin has applications and a website. This combination reinforces the idea of having a specific presence in all channels viewed by children.

In relation to the agreement, Ángel Molinero, CEO of animation house Ánima Spain, said: “We’re excited to partner with Toy Plus, we are assured that they will do a wonderful job creating toys that will inspire curiosity, creativity, promote play and bring more fun to kids. We can’t wait to see our new products hitting the shelves around the world next year.”

Josue Rosenzweig, President of Toy Plus: “We are very happy with this new strategic partnership and to be able to count on our portfolio with a property like Cleo & Cuquin, which has incredible coverage on YouTube. We are sure that the toy line we will develop will be very successful.”