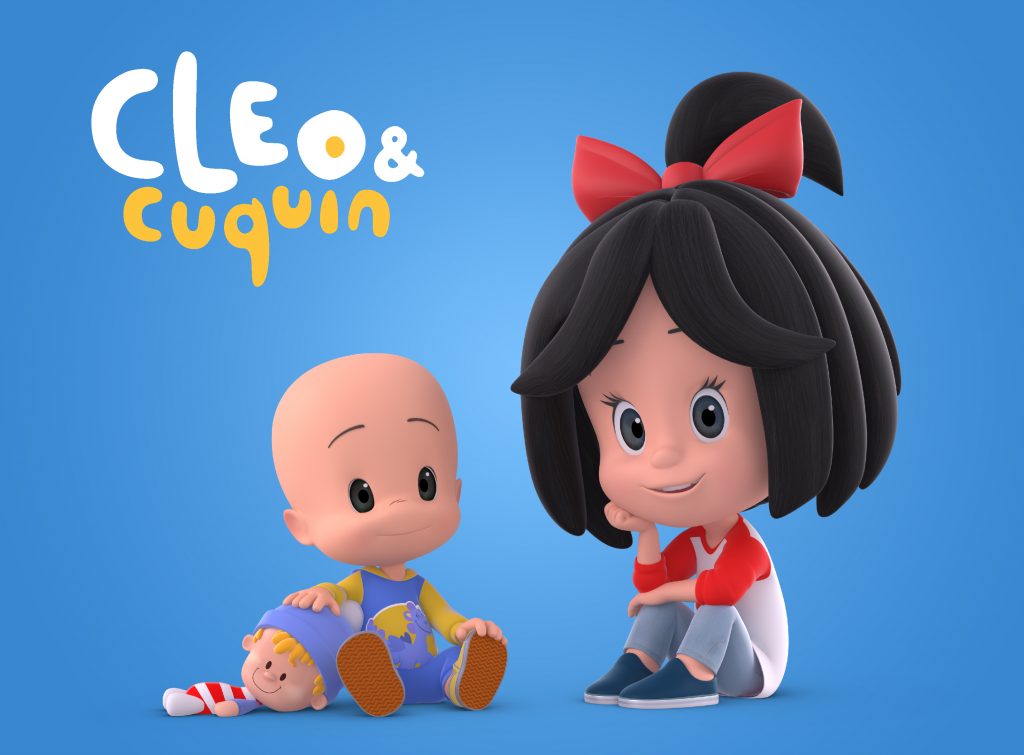 The kids’ TV channel Clan, owned by RadioTelevisión Española, has bought the Ánima Kitchent series Cleo&Cuquin (52×7’), based on the iconic Familia Telerín cartoon, created by José Luís and Santiago Moro in the late seventies.

Cleo&Cuquin (52×7’) is targeted at pre-schoolers aged four to five and features the Telerín brothers and sisters, especially big sister Cleo and the baby of the family, Cuquín. Every episode shows the little kids tackle big adventures as Cuquín’s curiosity leads to daily mishaps and mix-ups, and Cleo and her brothers and sisters dig Cuquín out of trouble the only way kids know how: by playing! They pretend to be astronauts, gardeners, detectives, monsters or whatever they need to be to complete their mission. And best of all, at the end of every episode, Cleo figures out what she wants to be when she grows up; at least for that day!

Familia Telerín was a hugely popular cartoon aired by TVE in the 70s and 80s, and featured the classic song “Vamos a la cama” (Time for bed), which helped a generation of parents with the tricky task of getting the kids off to bed. The song soon became a hit with a whole new fan base in Latin America, and the kids that headed off to bed to the tune of Cleo, Tete, Pelusín, Maripí, Colitas and Cuquin are now parents and grandparents to the little ones enjoying Cleo and Cuquin’s new adventures.

A year ago, Televisa teamed up as co-producer with MAI and Selecta Visión on the project led by Ánima Kitchent to create Cleo&Cuquin, a transmedia brand with brand new scripts, updated characters and a meticulous design. As well as the TV show, the brand boasts apps including “The Bedder” app, web content and music video clips.

Cleo&Cuquin launched on the Familia Telerin’s YouTube channel, and after just a year and a half its 15 music video clips have chal ked up over 400 million views and a million subscribers.

Toy maker Mattel recently announced that it had been awarded the worldwide Toy Master License for Cleo&Cuquin. The first line of products is set to be rolled out in Mexico in time for Christmas 2017, following the TV broadcast of the show in the Latin American country. This initial expansion into the international market will be underpinned by broadcasting agreements in a range of markets in the coming months, which will position Cleo&Cuquín firmly as a strong global brand.

Víctor M. López, CEO of animation house Ánima Kitchent, said: “TVE was always the Familia Telerín’s home, so we never doubted for a second that Cleo&Cuquín would be aired on Clan, in addition to the fact that the channel is clearly the number one choice for this kind of content.”

Clan Director Manuel Farelo said: “We are delighted to be part of this new landmark in Spanish animation sector; a sector that pioneers the delivery of top quality production worldwide. That quality is backed by a broad range of cross-media products that offer a wealth of value for the youngest viewers. That is the combination of factors that lies at the heart of our mission as a public service provider”.