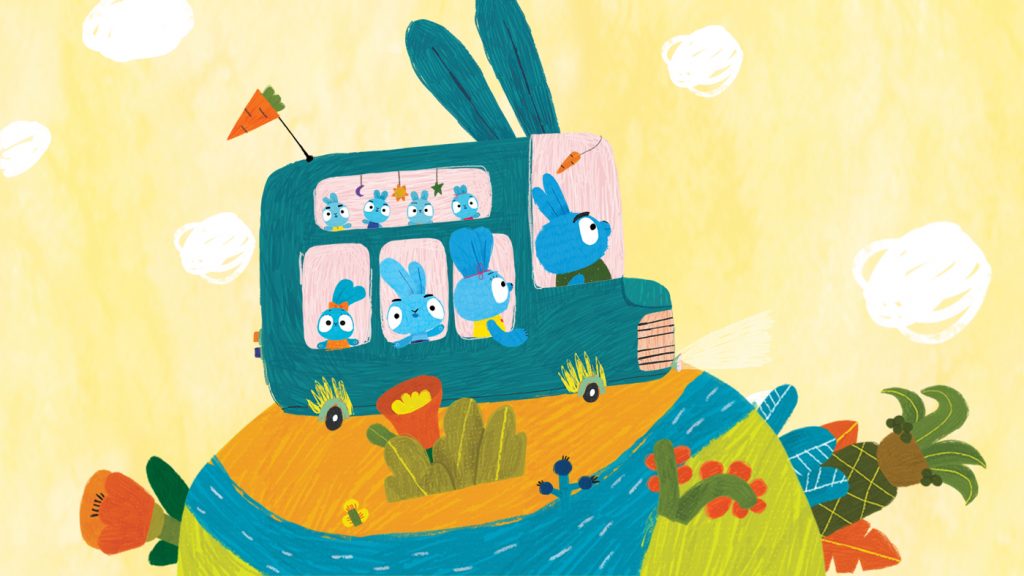 The author of the original idea and Glowberry’s Creative Producer is​ O​lga Cherepanova​ (Ukraine), the director of the series is​ T​im Fehrenbach ​(UK). The plot focuses on the courageous and curious family of Brave Bunnies, travelling on their Bunny Bus around the world searching for new friends and fascinating adventures.

Massimo Bruno,​ Head of TV Channels, De Agostini Editore: “Brave Bunnies is an IP that has conquered us since the very first pitch. It has all the necessary assets to create an international success and we are extremely proud to collaborate with the talented team of Glowberry and Anima for this project.”

Sergii Molchanov​, CEO at Glowberry, Executive Producer of Brave Bunnies animated series: “European audience is of great value for the project entering the international market. We are incredibly happy that Italy has become the first country to open European market for Brave Bunnies animated television series. We are especially pleased to attend Kidscreen Summit not only with the first episode of Brave Bunnies​,​ but also with a new inspiring partnership.”

Angel Molinero, CEO Anima, Executive Producer of Brave Bunnies animated series: “We are delighted to have reached this new agreement; this means a big boost for Brave Bunnies. It is a privilege that De Agostini has chosen to embark on this project that will open us the doors of Europe in such an important territory as Italy. We are sure that this will be a successful partnership and the first of many more.”

Brave Bunnies is an animated entertaining and educational 2D series for preschool kids. The main idea of the series is to show kids the diversity of the world around them, teach them to accept various traits of others and successfully communicate even with those who are completely different. Using the example of Brave Bunnies and their friends, parents can explain how to interact with other kids in the kindergarten or at the playground. Each episode features a new friend and a new game that you can play together. The first season of ​​ Brave Bunnies will consist of 52 episodes, 7 minutes each. The animated television series is scheduled to be on air for the first half of 2021. The author of the original idea and Glowberry Creative Producer is​ Olga Cherepanova​ (Ukraine). The Head Writer is John van Bruggen ​(Canada), the Director of the series is Tim Fehrenbach ​(Great Britain), the Art Director of the series is ​Anna Sarvira (​Ukraine). The animated series is created in co-production with the Spanish animation studio Anima. It is also officially supported by the Ukrainian State Film Agency and the Ministry of Culture of Ukraine.