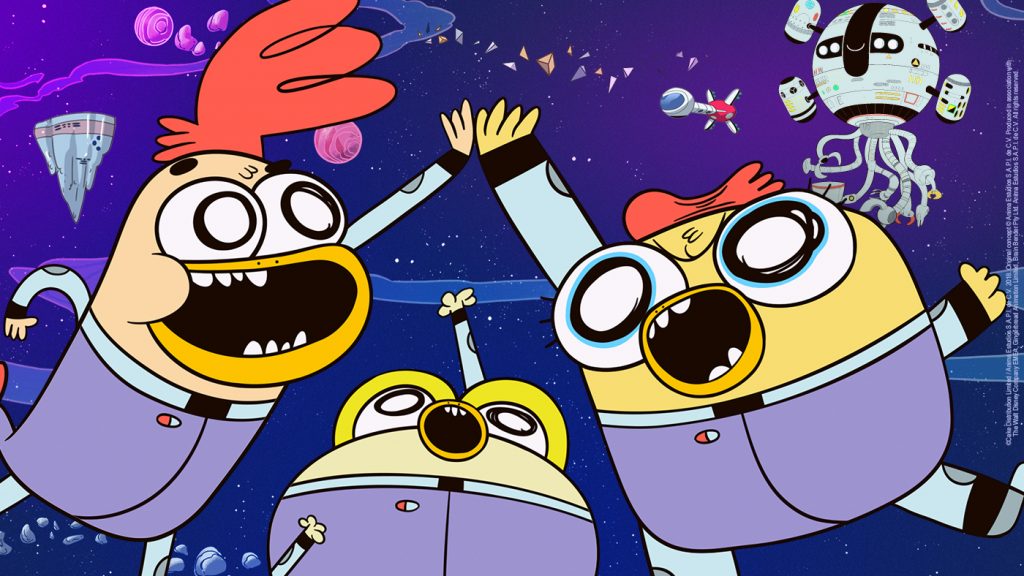 The hilarious series of three chicken siblings who are mistakenly taken from their homes to enrolled in an elite intergalactic academy will be broadcasted through all Latin America in November.

Created and co-produced by Mexico-based leading animation outfit Ánima alongside London-based kid’s entertainment specialist CAKE and Disney EMEA, “Space Chickens in Space” is a silly TV series of 52 episodes aimed at 6-12 year olds that will be aired by Disney Latam in November.

Finley, Chuck and Starley are three chickens who are mistakenly taken from their homes and enrolled in an elite intergalactic former military academy. The three siblings will need all their wits and each other to survive in this extraordinary world full of aliens and tricky homework challenges.

“Having “Space Chickens in Space” on Disney LATAM makes us really proud. We are sure that the wacky adventures of these three feathered siblings will be loved by kids all over Latin America”, said José C. García de Letona, producer of the show.

All Latin American countries will be invaded by these super amazing and unique characters, who will need to watch their backs… and wings and thighs to survive the competitive atmosphere that rules in the Academy proving their talent and tenacity among better trained recruits. The series has already debuted in Disney Europe, Australia and Middle East.